Lean Six Sigma works for governments. Ft. Wayne Indiana (Picture 1) implemented Lean Six Sigma a while back. They focused first on supporting their citizens. One example of that was building a web based building permit submittal process. This has a couple of advantages. The first is that the building contractors and homeowners can submit their permits online. The second is that the city can create a pull system where the building inspectors pull a request when they are ready for the next request. This creates a quicker more efficient flow of the building permit.

Whereas Ft. Wayne Indiana implemented Lean Six Sigma and removed waste (anything deviating from a perfect process) not only automated as much as they could but saved hard dollars by not having to hire more people. Let’s take a look at Ft. Wayne first: 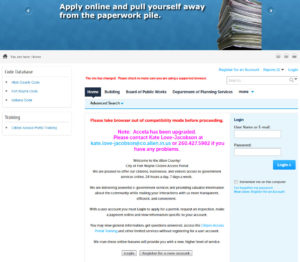 First you create a user that contains the personal information the city needs to process a Building Permit. Also, by the way, they instituted a 24 hour turnaround for a pothole repair request. Now let’s check and see what’s happening with the big West Coast cities. 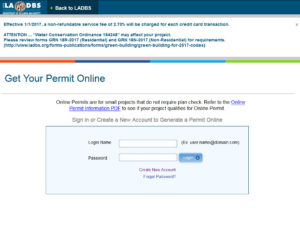 San Francisco (Picture 3) is very much like Los Angeles in that they have instant permits. They give you a list of the areas that the instant permits cover. The irony here is that the sign up to the automated process is manual. 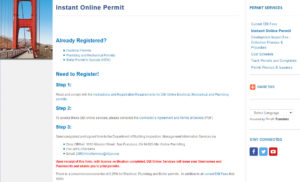 San Diego (Picture 4) appears to handle building permit requests like a small town. This is old school and remedial for a large sized city. The old-fashioned way is that you print out a document, fill it out, and turn it in. San Diego lags the other big cities in California and the much smaller city – Fort Wayne. 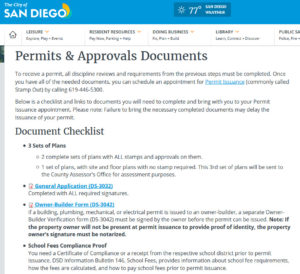